Welcome back to First Impression Friday, a meme created by JW Martin @ Storey of Storeys. I’m (finally) working my way through my reading list for my thesis (just a few months late…not too bad, right?), and this is the next one on my list.

I’m not sure what I expected when I opened this (it was shrink-wrapped when I bought it), but this wasn’t at all what I was expecting.

“Kublai Khan does not necessarily believe everything Marco Polo says when he describes the cities visited on his expeditions, but the emperor of the Tartars does continue listening to the young Venetian with greater attention and curiosity than he shows any other messenger or explorer of his.” So begins Italo Calvino’s compilation of fragmentary urban images. As Marco tells the khan about Armilla, which “has nothing that makes it seem a city, except the water pipes that rise vertically where the houses should be and spread out horizontally where the floors should be,” the spider-web city of Octavia, and other marvelous burgs, it may be that he is creating them all out of his imagination, or perhaps he is recreating details of his native Venice over and over again, or perhaps he is simply recounting some of the myriad possible forms a city might take. 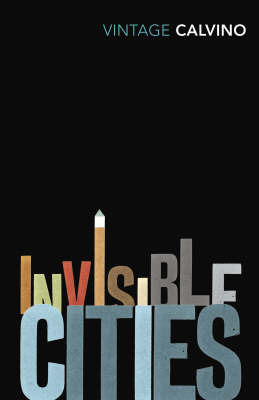 Honestly? I’m still not entirely sure what’s going on. All I know is that this tale is told through a series of short vignettes. Each “chapter” is a new city that Marco is describing to Khan, and each city is only about a page long. The majority of them don’t even reach a page. It’s a very quick read, so far, but I’m afraid I’m not going to be able to understand this completely.

At the moment, I’m just reading this to check a box on my list. That’s probably the worst reason to read something, to be honest, but I haven’t been completely gripped by this one yet. I’m not sure how I would end up rating it. I feel like it’s something I would read, and then at some point in the future I would say, “Oh, yes, I’ve read that,” but probably would never pick up again. Have you ever read a book like that? I mean, I’m enjoying it so far, but it’s not something I’d just choose to read.

This is probably a disappointing installment of First Impression Friday, but this is a disappointing book so far. It’s interesting, and I’ve found a few good quotes, but it’s not something that’s worth just picking up and reading. (Sorry, thesis director…)