Thanks to Thrice Read for this one! I’d been struggling with finding a book tag for this week (look at me, posting four days in a row!) and this one just fell into my lap yesterday. Here we go!

What is The Most Expensive Book You Own?

Whuff. Do textbooks count? I’ve got several textbooks that cost me way more than they should have. (Speaking of textbooks, check out my blog post on how to get textbooks on the cheap!) I’ve got a nice anthology of women authors that I should open someday.

Aside from textbooks, I don’t have many “expensive” books, unless you count the cover price on some of my hardbacks, like All the Light We Cannot See or Harry Potter and the Deathly Hallows (which I only paid 50 cents for at a library booksale). I’m hoping to one day collect all of the illustrated editions of the Harry Potter books (or maybe the Percy Jackson series) because there’s so much nostalgia contained within.

What Book(s) Have You Shamelessly Devoured Many Times?

The Book Thief. I’ve re-read and re-read this one countless times. My original paperback copy has actually gone missing, which makes me super sad. I’ve actually gotta figure out where my current paperback copy is so I can bring it back to my apartment. I’ve also got a super nice hardback, but I don’t want to read that one too much because it was a special gift from my mother, although putting it on a nice shelf with the other World War II historical fiction books would look great.

I’ve also read The Phantom Tollbooth more times than I can count, because it gives the appearance of being a light little book and then it turns into something much deeper along the way.

If we’re counting childhood picture books, though, Miss Suzy beats them all, hands-down. I had that one read to me so many times that I was reciting it from memory by the time I was three (I only saw the book about a dozen times a year, whenever we visited my grandma over summer or winter break). Dad eventually tracked down copies for both my sister and me a few years ago, and it remains one of my favorite books.

What Book/Series Have You Neglected Over Sheer Laziness?

I haven’t finished Six of Crows or its sequel due to sheer laziness. I got them both for Christmas in the duology box set, and decided I was going to read them all the way through. I got halfway through Six of Crows, put it down, and never picked it back up. It’s not that I hated the story — I actually really liked it. I just can’t bring myself to pick it back up, though. I think I’m scared of it not meeting my expectations later on in the book, because it’s been super hyped.

Children of Blood and Bone is the same way. I started it, got super into it, and then put it down (most likely to catch up on my thesis reading, which I’ve also neglected this summer), and never picked it back up. Still not 100% sure why because I was really enjoying it. Maybe once I get this thesis out of the way I’ll be able to sit down and read without that clawing feeling of dread at the back of my head.

What Books(s) Do You Bring Up When You Want To Sound Like An Intelligent Reader? 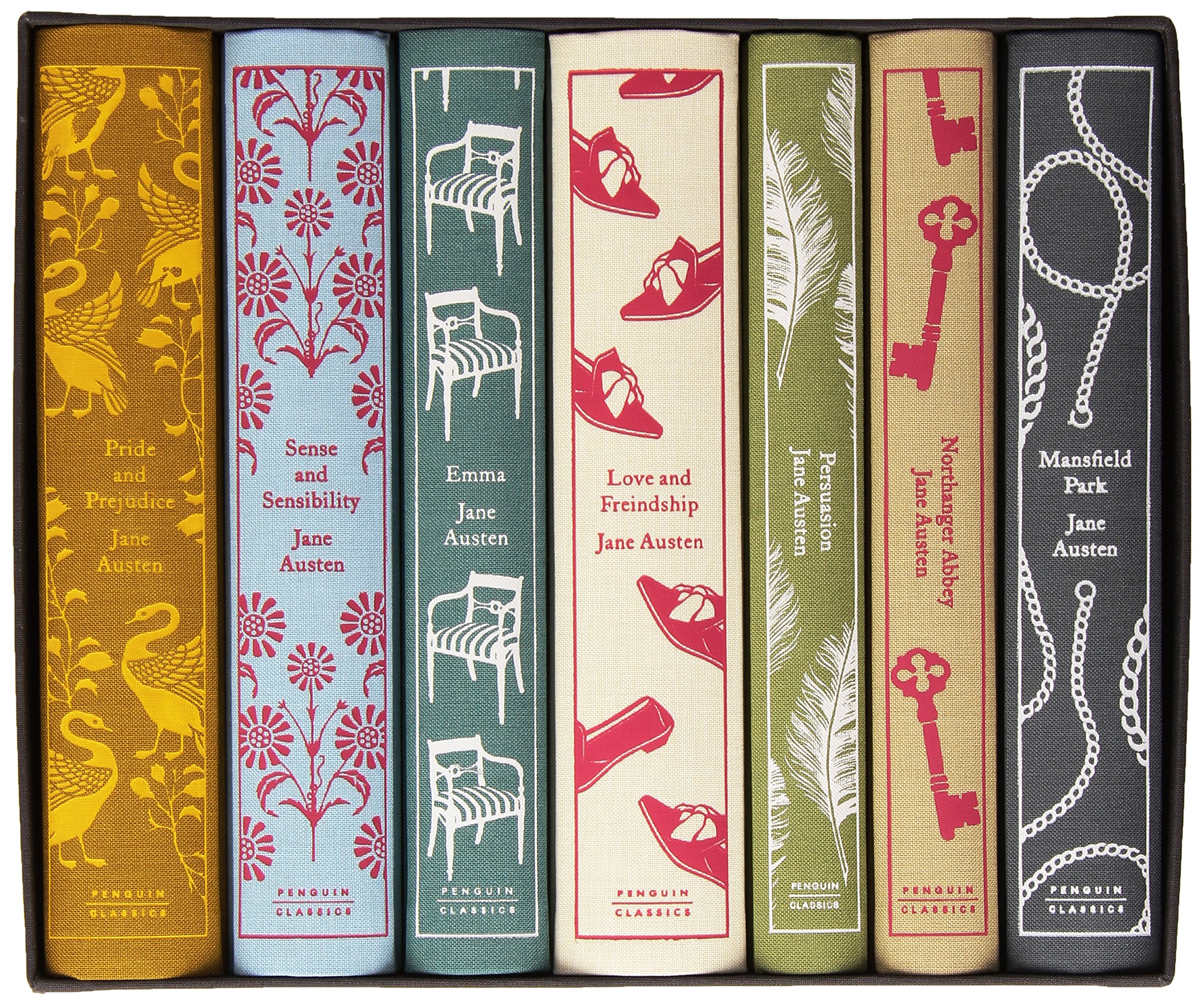 I mean, I guess I can put down the Jane Austen books? I read all six of her novels for a class one semester. I guess any of my graduate classes, really: Jane Austen, Kurt Vonnegut, and James Joyce. If you can hold a conversation on James Joyce without lying, you’re either a genius or you’re lying. (You’re lying.) I have read Ulysses, I have finished Ulysses, and I’ve got absolutely no idea what Ulysses was about. I even re-read my research paper on it a few weeks ago, and the entire thing makes absolutely no sense to me whatsoever.

I feel like there’s too much stigma to read what’s “right” and not what you enjoy. It’s the whole reason kids fight the summer reading list: the books on there are often stale and unlikeable, and you really only get the “good” books if you’re in the advanced English classes. Who wants to read Death of a Salesman or A Raisin in the Sun? I’d say give them a wide swath of books and let them pick their own, like 20 books to choose from, and I’m sure you’ll find kids who get into reading a lot more. I always read my summer reading books, but very rarely was I excited for them. (Anna Karenina? Are you kidding?)

What Attributes Do You Find Most Attractive In Characters?

Somebody willing to defy the odds to do what is right, but not so that they’re in the moral white-zone. As long as they’ve got a little bit of gray here and there, maybe even some black, they’re going to do all right. If you’ve got a morally black or a morally white character, that’s really no fun. You don’t get to do anything fun with them, although it is entertaining to read about straight villains. I still want to see some human characteristics in my readings, though.

Mostly, make them dark but not brooding, fun-loving but not an idiot, and intelligent but not all-knowing, and I’ll be most likely to read your story all the way through to the end.

What Books Would You Most Like To Receive As a Gift?

I would love to have the entire Harry Potter illustrated editions set (although there’s only a few out at this moment in time). I’d like to collect all the different covers of The Book Thief — I tried getting the UK version last year but the bookseller shipped me the wrong cover and then said she couldn’t get the other one back from the other person (she swapped our orders), and just refunded me and told me to keep the copy she gave me (it was the movie cover…bleck!). The UK edition is just chilling.

What Author(s) Do You Have a Love/Hate Relationship With? 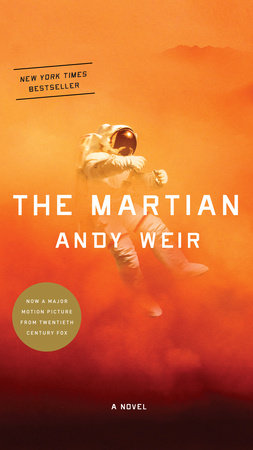 I suppose I can put Andy Weir on here. I absolutely loved The Martian. It was witty, it was science-y, and it brought a whole lot of kickass to the surface of Mars. Imagine my delight when we heard he was going to be writing Artemis, which takes place on the lunar colony above our heads. I am so grateful I managed to catch an AR version of this book, because I think I would have been really angry had I paid full price for this. The main character is a nightmare of cringe and terrible decisions, and the entire thing could’ve been saved by taking her out entirely. I loved the plot and everything, but Jazz completely and utterly ruins the story, and I am not sorry to say it.

I’m also going to put Ernest Cline in this category. The first time around, I really enjoyed Ready Player One. I thought it was super interesting and the characters were great and everything was incredible and, and, and… I recently had to re-read this book for my thesis and found that it’s not at all like I remembered. The main love interest is your stereotypical manic pixie dream girl, the main character is a practically a white knight, and everything is just a teenage nerd’s wet dream. It’s still an entertaining story, and the 80s glaze that covers the whole thing like shellac is a great backdrop, but unfortunately it falls short of what it could be due to lazy character development and poor storytelling. I’m still going to re-read it, though, because I do enjoy it. (We’re not even going to talk about Armada, either.)

Well, that got a lot longer than I intended it to be, but that’s okay. Let me know what you think of this in the comments, and if you want to do your own version, tag me and let me see!

A writer with a love of fantasy and science fiction novels, who has a BA and an MA in English from the University of Montevallo, working in the legal field. A lover of hiking, stargazing, cats, and all things geeky, she can usually be found with either a book or a game controller in her hands. She's been published twice, in a short story collection and a historical WPA collection. View all posts by Lauren @ BAOTB