Welcome back to First Impression Friday, where I ramble on about the book I’m currently reading but have long since finished in the time it took me to schedule this post! This week’s book is a sequel to Cry of the Kalahari, which I posted about at some point in the past.

After being expelled from Botswana for writing their controversial bestseller Cry of the Kalahari, Mark and Delia Owens set off on a journey across Africa, searching for a new Eden. They found it in Zambia, but elephant poachers soon had them fighting for their lives when they tried to stop the slaughter. 16 pages of photos, half in color. 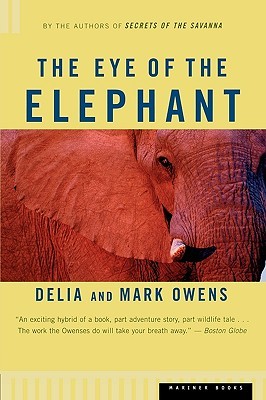 Just like the firs book, there’s not a lot of information in the summary. However, the first three chapters alone are taken up with the Owens returning to Deception Valley in Botswana after several years away. They get settled in, tag a lion or two, and just as they start to get back into their life in their camp, they get a call saying they need to report to the government. Turns out, they’ve been banned from coming into Botswana, despite them having papers from the president himself saying they were welcome. He’s gone back on his promises and the Owens believe it’s due to a cattle-rancher-turned-politicians who didn’t want them meddling in his cattle farming. (Their first book, Cry of the Kalahari, was a huge expose on the dangers of cattle ranching and how destructive to the environment it is in the game reserve.)

Exiled from Deception Valley (not even being allowed to go back and get their thousands of dollars worth of equipment!), the Owens now have to find somewhere else to establish their research base and pray they can get a grant for that location. However, it’s become very dangerous for foreigners in Africa during this time (the late 1980s), and it’s up in the air as to whether they will be able to continue their research or not.

Of course, I know they’re able to, since they wrote the book and have another book out (Secrets of the Savanna) as well, but it’s still heart-pounding to read about their struggles. I’m expecting another highly-rated African adventure here, and I know I won’t be disappointed.