I refuse to have to pick just five fantasy novels that I love. Especially because we all know what’s going to make that number one spot. However, Shanah @ Bionic Book Worm has spoken, so now I’ve got to spend a few hours fretting over which books are going to make my list. Let’s get this over with! 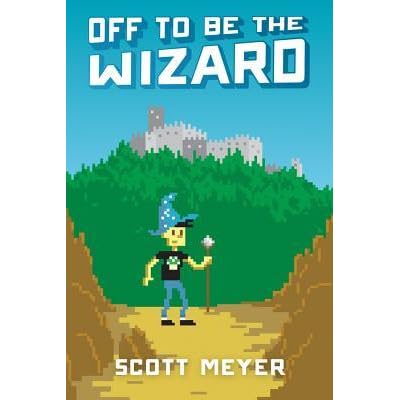 This is a series that I honestly think is better as an audiobook than as a written novel. I used to be a big follower of Scott Meyer’s Basic Instructions web comic, and when I found out he was publishing a fantasy novel, I was all about that. However, upon reading the free Kindle excerpt, I put it aside and didn’t bother with it again until almost three years later, when the guy I was dating at the time let me have access to his Audible account. I discovered that listening to the books was so much better. It was definitely written to be experienced audibly instead of quietly. The books are hilarious, and everything has to deal with a nobody named Martin who discovers a computer file that allows him to manipulate the world around him. Eventually, he has to escape into a fantasy world (posing as a wizard!) in order to stay out of jail. Once there, he meets others who have also discovered the file and have also decided to run from the law by escaping into the past. It’s a wild ride from start to finish, and Martin’s naivety and Phillip’s sass are just the tip of what makes this book (and this series) so good. Now, I will admit I’ve only listened to the first three books, since I lost access to Audible after the breakup, but I’ve been wanting to listen to the last one for a while now.

4 – The Wheel of Time by Robert Jordan

I might be cheating with this one, because I’ve only read the first book and half of the second. I’ve been told that Jordan even mixes up the magic system in the upcoming books (or, rather, he pins down the magic system so that the rules actually make sense). And to be honest, it is another one of those “small town kid must somehow grow up and save the day.” I am rather ticked off at most of the characters at this point (why is Rand so whiny? Why is Perrin always so glum? Why is Egwene/Nyaneve/Moraine always so huffy?), but I am curious as to how Jordan takes 14 books (along with Sanderson’s help at the end, after Jordan’s passing) to tell this story. And not 14 short books, either. I am very much enjoying the world, and I am looking forward to see how the rest of this series plays out. It may not end the way I want it to, but maybe I’ll be okay with that when I finally do get to the end.

3 – The Rules of Magic  by Alice Hoffman

Full disclosure: I read this book before reading Practical Magic. In fact, I didn’t even know Practical Magic existed when I picked this one up. I picked this up mostly due to the cover, and also because I’d had it on my to-read list for a while (ever since I first saw it in Barnes & Noble). I used the excuse of an upcoming trip (plane travel, yay) to go ahead and take the plunge. I was not expecting such a story, such a plot that actually made me feel for the characters. (Practical Magic was good, too, but you could tell that the author spent The Rules of Magic rewriting her original world and nothing was really the same between them). The weird old aunt, the formerly quiet now rebellious teenager, and the moody teenage boy — this book has everything. While some may not call it “fantasy,” per se, because there are no unicorns, no dragons, no actual spell-casting, there’s something subtle underneath everything. The aunt does make “potions” for those who come to visit her, and they seem to work. The sisters seem to have some mysterious power to call down lightning and kill those who are interested in them. And the boy seems to have all nearby girls under his spell, even if he doesn’t want it that way. It’s a more modern fantasy, to be sure, but it’s still very interesting and definitely worth a look. 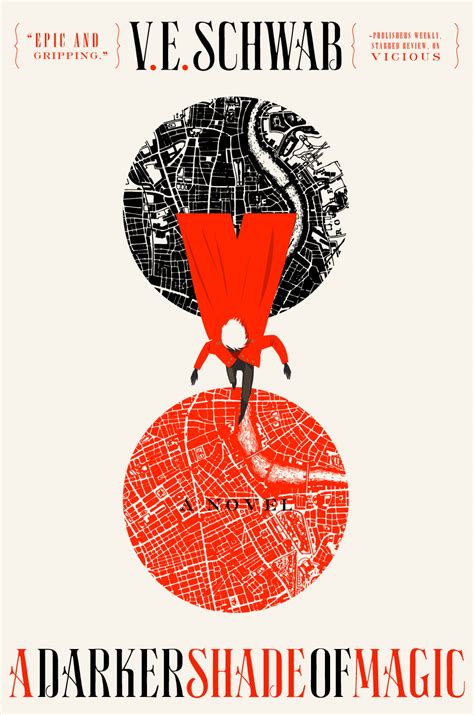 I let this one sit on my shelf for far too long before I started reading it. I guess I was afraid of reading it and not really getting sucked into it (like I did with Six of Crows — which I still have to go back and finish!), and being disappointed that it wasn’t as good as everyone on the internet was making it out to be. Fortunately, that was not the case. I was hooked from the first chapter of the series, and although I would change the ~romance~ that plays out between Kell and whatever the main female character’s name was (can you tell I didn’t like her?), everything else was pretty much perfect. I also like how there’s not a true happy ending, it’s much more realistic (well, as realistic as a fantasy book can be, at least). It was a very satisfying series, and I am glad I took a chance on it.

1 – The Lord of the Rings by JRR Tolkien

Was there ever any doubt? After leaving it off one of my lists in the past, I had to add it to this one. The Lord of the Rings (well, anything by Tolkien, really) always tops the charts as “best fantasy book, ever.” There may be people who don’t feel like it deserves it any more (“it’s so old and outdated!”), but really, Tolkien defined the fantasy genre. Every single thing you see in the fantasy novels nowadays stems from something Tolkien did. And really, all Tolkien did was drag the Old English and Middle English tales (like Beowulf, for one) back into the spotlight. Everything is stolen (er, “inspired”) by something from the depths of history. I took a class on Tolkien my junior year of undergrad, and I absolutely loved it. Didn’t love trying to read Old English, but it all worked out in the end. (And I took a class in Medieval Literature the next semester, and learning Middle English was also awful.)

Well, that honestly wasn’t as difficult as I thought it would be. I thought there would be much more angst involved.

I’m sure you’ve noticed that I missed posting last week. I’m still trying to figure out a good posting schedule. I think I tried to go too hard and ended up burning myself out, and that’s not what I want. I have to remember that it’s about quality over quantity, and I was so obsessed with just punching posts out and sticking to my rigorous 5-posts-a-week schedule that I didn’t stop and think about what I wanted to write. So we’re trying again. I can’t promise that I’ll be posting every day, but I’m going to try and at least post three to four times a week (if I can get myself back into that writing routine!). I’ve got several posts that I want to write up (that have to deal with past events), and maybe they’ll eventually see the light of day.